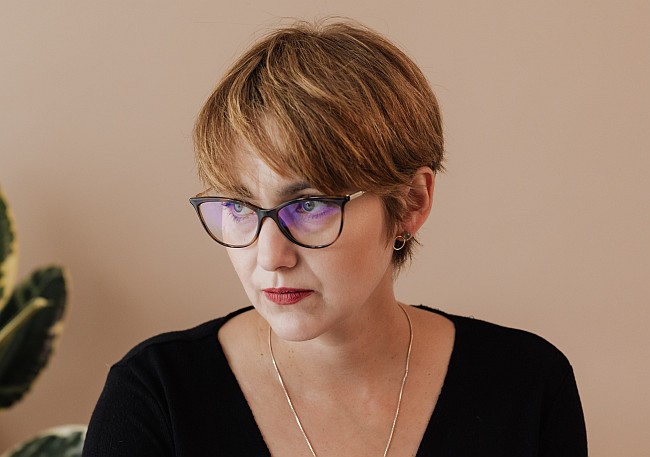 Employment Discrimination laws seek to prevent discrimination based on race, sex, religion, national origin, physical disability, and age by employers. A growing body of law also seeks to prevent employment discrimination based on sexual orientation. Discriminatory practices include bias in hiring, promotion, job assignment, termination, compensation, retaliation, and various types of harassment. The main body of employment discrimination laws consists of federal and state statutes. The United States Constitution and some state constitutions provide additional protection when the employer is a governmental body or the government has taken significant steps to foster the discriminatory practice of the employer.

The Fifth and Fourteenth Amendments of the United States Constitution limit the power of the federal and state governments to discriminate. The Fifth amendment has an explicit requirement that the federal government not deprive individuals of “life, liberty, or property,” without due process of the law. It also contains an implicit guarantee that each person receive equal protection of the laws. The Fourteenth Amendment explicitly prohibits states from violating an individual’s rights to due process and equal protection. See U.S. Const. amend. XIV. In the employment context, the right of equal protection limits the power of the state and federal governments to discriminate in their employment practices by treating employees, former employees, or job applicants unequally because of membership in a group (such as a race or sex). Due process protection requires that employees receive a fair process before the termination if the termination relates to a “liberty” (such as the right to free speech) or property interest. State constitutions may also afford protection from employment discrimination.

Wrongful termination complaints can be filed one of two ways: with a government agency that enforces labor laws, or in a private lawsuit. If your employer’s violation is subject to a specific part of state or federal law. In cases in which the employer violates public or even company policy, a private lawsuit is often the only way to settle disputes. The Constitution does not directly constrain discrimination in the private sector, but the private sector has become subject to a growing body of federal and state statutes.

Section 1981 of the U.S. Code provides additional federal remedies to deter harassment and intentional discrimination in the workplace. Amended in 1991, § 1981 provides the requisite elements for proving a disparate impact claim and permits a jury to award compensatory and punitive damages in situations of intentional discrimination. Further, the U.S. Supreme Court has recently interpreted § 1981 to imply a private cause of action for race-based retaliation claims. A race-based retaliation claim is one in which an employer has retaliated against an employee for having previously filed a complaint of racial-discrimination.

Title VII of the Civil Rights Act of 1964 prohibits discrimination in many more aspects of the employment relationship. It applies to most employers engaged in interstate commerce with more than 15 employees, labor organizations, and employment agencies. The Act prohibits discrimination based on race, color, religion, sex or national origin. Sex includes pregnancy, childbirth or related medical conditions. It makes it illegal for employers to discriminate in relation to hiring, discharging, compensating, or providing the terms, conditions, and privileges of employment. Employment agencies may not discriminate when hiring or referring applicants. The Act also prohibits labor organizations from basing membership or union classifications on race, color, religion, sex, or national origin. The Nineteenth Century Civil Rights Acts, amended in 1993, ensure all persons equal rights under the law and outline the damages available to complainants in actions brought under the Civil Rights Act of 1964, Title VII, the American with Disabilities Act of 1990, and the Rehabilitation Act of 1973. The Equal Pay Act amended the Fair Labor Standards Act in 1963. The Equal Pay Act prohibits employers and unions from paying different wages based on the employee’s sex. It does not prohibit other discriminatory hiring practices. It provides that if workers perform equal work in jobs requiring “equal skill, effort, and responsibility . . . performed under similar working conditions,” the workers must receive equal pay. The Fair Labor Standards Act applies to employees engaged in some aspect of interstate commerce or all of an employer’s workers if the enterprise engages as a whole in a significant amount of interstate commerce. The Age Discrimination in Employment Act (ADEA) prohibits employers from discriminating on the basis of age. The prohibited practices closely parallel those outlined in Title 7 and protects employees over the age of 40 from discrimination. The ADEA contains explicit guidelines for benefit, pension, and retirement plans. During the 2007-2008 term, the U.S. Supreme Court clarified the statute in three distinct areas. First, disparate impact claims filed under the ADEA now require proof of discriminatory motive behind the plan or scheme that has created the alleged disparate impact. A disparate impact claim is a claim that an employer has created a plan or scheme that on its face seems neutral but in actuality discriminates on the basis of age. The plaintiff bears the burden of proof with regard to this element. Second, employees who submit an “Intake Questionnaire” to the Equal Employment Opportunity Commission (EEOC) for review within 60 days of an alleged ADEA violation have met the statute of limitations requirement and may later bring suit in court. A formal charge does not need to have been filed. Third, a plaintiff-employee can now bring a private suit for retaliation under the ADEA against federal employers. These private causes of action are reserved for plaintiff-employees who have experienced retaliation because the plaintiff-employee previously filed an age discrimination claim.

The Rehabilitation Act’s aims to “promote and expand employment opportunities in the public and private sectors for handicapped individuals,” through the elimination of discrimination and affirmative action programs. Employers covered by the Act include agencies of the federal government and employers receiving federal contracts over $2500 or federal financial assistance. The Department of Labor enforces section 793 of the Act, which refers to employment under federal contracts. The Department of Justice enforces section 794 of the Act, which refers to organizations receiving federal assistance. The EEOC enforces the act against federal employees and individual federal agencies that promulgate regulations pertaining to the employment of the disabled.

The EEOC interprets and enforces the Equal Payment Act, Age Discrimination in Employment Act, Title VII, Americans with Disabilities Act, and sections of the Rehabilitation Act. The Commission was established by Title VII. Section 2000e-5 of Title 42 contains its enforcement provisions, and Title 29 of the Code of Federal Regulations, part 1614 contains its regulations and guidelines. State statutes also provide extensive protection from employment discrimination, with some laws extending similar protection as provided by the federal acts to employers who are not covered by those statutes. Other statutes provide protection to groups not covered by the federal acts. A number of state statutes provide protection for individuals who are performing civil or family duties outside of their normal employment.