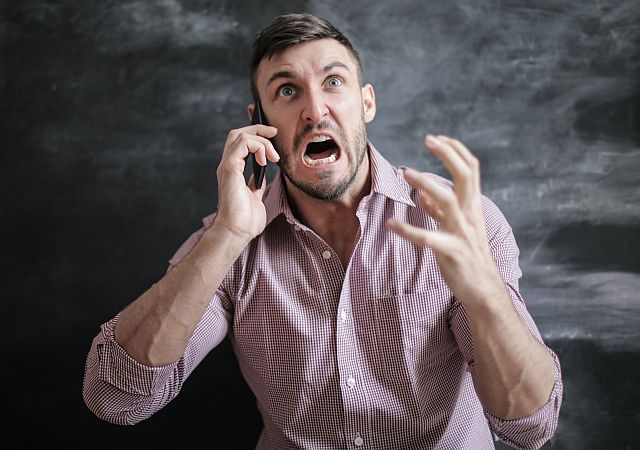 A negative reference that would likely impact future job opportunities is unlawful retaliation for bringing a race discrimination claim, even without proof that a specific job was lost because of the bad reference. (Hillig v. Rumsfeld, 10th Cir.) .

Hillig v. Rumsfeld, 381 F.3d 1028 (10th Cir. August 27, 2004) – This is a Title VII race discrimination action alleging retaliation. Terrie Hillig is an African-American female who works for the Defense Finance Accounting Service (DFAS). In 1995 and 1996 Hillig filed EEO complaints against her supervisors. These complaints were settled in December 1996. In 1998, Hillig applied for a position with the Department of Justice (DOJ). She was not selected and an EEO investigation revealed that DOJ was provided two negative evaluations by her DFAS supervisors. Hillig then brought this lawsuit. At trial, the jury found that the DFAS supervisors had retaliated against her for the prior EEO complaints. However, the jury believed the DOJ representative who testified that the reason it did not select Hillig was unrelated to the negative evaluations. Still, the jury awarded $25,000.00 in damages. The district court then granted DFAS’s motion for judgment as a matter of law because Hillig failed to show that she suffered any actual tangible injury. On appeal, the Tenth Circuit reverses in a split opinion. The Court rejects the notion that a tangible employment action (as described in Ellerth / Faragher) and an adverse employment action are the same thing. In the Tenth Circuit, an adverse employment action is not limited to those situations involving actual monetary loss. It extends to acts that carry a significant risk of humiliation, damage to reputation, and a concomitant harm to future employment prospects. Therefore, the majority finds that Hillig presented sufficient evidence of harm to future employment prospects should she ever apply again for a position with the DOJ. The majority notes that the Ninth and D.C. Circuits follow a similar approach, and the Third Circuit has a case that is also supportive. The majority also notes that there are decisions from the Second and Eleventh Circuits that are not supportive. Circuit Judge O’Brien dissents. He does not believe that speculative harm can qualify as an adverse employment action.

The district court so held on the ground that an “adverse employment action,” under Title VII, may be only those employment actions that result in “tangible harm” to the plaintiff.   Hillig’s attorneys disagree and, for the reasons detailed below, hold that a plaintiff need only show a likely effect on future job opportunities.

Plaintiff-Appellant Terrie Hillig (Hillig) had been employed by the Defense Finance Accounting Service (DFAS) in a clerical position for five years. During her employment with DFAS, Hillig, who is African-American, filed two discrimination complaints, in 1995 and 1996, with the EEO alleging that her “lead,” Susan A. and Kathy R., her supervisors, had discriminated against her in connection with her approval ratings in 1995, her 1995 request for annual leave (for which approval was delayed while Caucasian and male employees got prompt approvals), and job training. Plaintiff-complaints were settled in December of 1996. The terms of the settlement provided that DFAS would upgrade Hillig’s performance appraisal, expunge negative information from her personnel file, and retroactively promote her. In March of 1998, Hillig applied for a position as a Personnel Clerk/Assistant with the Department of Justice. Hillig testified that at her interview for this position, her interviewer, William W. commented that she would be a perfect fit for the position. Hillig further testified that Marilyn F.  a personnel officer at the DOJ, made similar positive comments. Hillig, however, did not receive the position, which was eventually filled by Sandra D., a Caucasian with no prior EEO activity. Hillig claims she did not receive this position because of negative recommendations from her supervisors at DFAS. An EEO investigation revealed that the DOJ was provided two negative evaluations of Hillig by her supervisors at DFAS, with one supervisor giving “very strong negative feedback.”  One of her supervisors, who had been the subject of Hillig’s EEO complaint, testified that she had told a DOJ representative that Hillig had performance problems at work. He also admitted characterizing Hillig as a “shitty employee” to an EEO investigator. According to William W. such negative information would have disqualified a candidate for the DOJ job. Nonetheless, William claims that the negative information provided by Hillig’s supervisors did not cause his decision to hire Sandra D. over Hillig. William testified that he disqualified Hillig because of her long fingernails which, in his experience, would have adversely affected her typing speed.  Hillig, however, disputes this reason and testified that her fingernails had always been short. Based upon these events, Hillig filed suit against the DFAS alleging three causes of action:  (1) racial discrimination;  (2) retaliation for her EEO complaints;  and (3) violation of her settlement agreement with DFAS. The district court granted DFAS summary judgment on Hillig’s claim of breach of her settlement agreement but allowed the other two claims to go to trial. In a special verdict form, the jury found that Hillig’s negative references were not motivated by racial discrimination but that they were made in retaliation for her EEO complaints. The jury also found that Hillig had not proved by a preponderance of the evidence that but for the unlawful retaliation in March, 1998, William would have offered her the personnel clerk position. Nonetheless, the jury awarded Hillig $25,000 as the amount that would fairly compensate her for DFAS’s illegal retaliation. On basis of the jury verdict, the district court granted DFAS judgment as a matter of law on Hillig’s retaliation claim. The district court so held on the ground that Hillig failed to establish that she suffered an “adverse employment action,” which is part of a prima facie case of retaliation under Title VII, because she failed to show that she suffered an “actual tangible injury.” Specifically, the district court held that Hillig’s failure to show she would have received the DOJ job but for the negative references was fatal to her claim. Accordingly, the court entered judgment for DFAS. Hillig now appeals, claiming that the district court erred in construing an “adverse employment action” as requiring a showing of a loss of a specific job. Hillig also claims errors, in the alternative, in several trial errors:  that the district judge improperly rejected an offer of a photo as evidence, he failed to include necessary jury instructions, and he improperly included an interrogatory on the special verdict form. The National Employment Lawyer’s Association, in an amicus curiae brief, also argues the district court erred. In particular, they contend that the remedial goals underlying Title VII’s anti-retaliation provisions could not be achieved if individuals were required to show loss of a specific job. For the reasons detailed below, we hold that the district judge erred in requiring Hillig to show that she would have received the DOJ position but for the negative references. Accordingly, we reverse the judgment as a matter of law on this retaliation claim, we reinstate the jury verdict for $25,000 in Hillig’s favor; and we find that we need not address the alleged trial errors.

Any cookies that may not be particularly necessary for the website to function and is used specifically to collect user personal data via analytics, ads, other embedded contents are termed as non-necessary cookies. It is mandatory to procure user consent prior to running these cookies on your website.